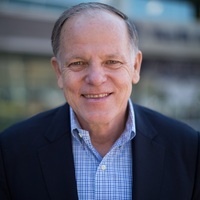 Chaplain (Major General) Douglas L. Carver, United States Army, Retired, is the Executive Director of Chaplaincy Services for the North American Mission Board, providing professional and pastoral support to 3600 Southern Baptist Chaplains who minister in various institutional settings around the world. He retired from the United States Army in 2011 after serving 38 years of military service on behalf of our country. His last duty position was as the 22nd Army Chief of Chaplains at the Pentagon in Washington, DC, serving over 2900 chaplains who support the religious and pastoral needs of our 1.2 million soldiers and families.

An ordained Southern Baptist minister, Chaplain Carver has pastored churches in Colorado, Kentucky, North Carolina, and Virginia. A native of Rome, Georgia, he and his wife, Sunny, currently reside in Waxhaw, North Carolina near their two daughters and four grandchildren.