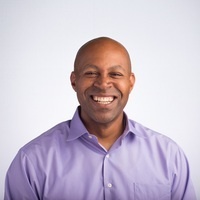 Malcolm, who grew up in inner-city Dallas but is originally from Las Vegas, did not have the privilege of growing up in a Christian home.  At the age of two, his parents separated and unintentionally birthed in him a desire to circumvent that same fate.  Up until meeting his in-laws, Malcolm had never seen a marriage sidestep the snare of divorce.

During his sophomore year at Stephen F. Austin State University, Malcolm pledged his allegiance to Christ.  Almost exactly four years later, he again responded to the Holy Spirit’s promptings by accepting the call into the ministry and announcing his intention to stand before the masses and proclaim the Good News of Jesus Christ.

Malcolm has ministered the Word of God at hundreds of churches, conferences, prisons & youth rallies all over the world.  The list is extensive: Belize, the Philippines, Taiwan, Costa Rica, France, South Africa, London, Haiti, Ireland, Rio De Janeiro, Canada, Guatemala & a host of different locations throughout the United States.  He’s certified to share the Gospel in any prison in Texas.  He ministers to all age groups, but he will tell you that his favorite group to share the Gospel with is high school & college students.  He regularly speaks on behalf of the Fellowship of Christian Athletes and serves as the lead chaplain for the NBA’s Houston Rockets, as well as the Rice University Women’s Basketball team.  In addition, he also ministers the Gospel of Jesus Christ via hip-hop, as nationally known recording artist Excelsius.

Malcolm serves as the campus pastor for the Sienna Campus of Houston’s First Baptist Church in Houston, Texas.  In this capacity, he cultivates ministry culture and builds healthy infrastructure by prayerfully shepherding 3 concentric teams: church staff, core leaders and the congregation.  A disciple, who develops disciple-makers, Malcolm’s passion for helping Christ-followers identify their spiritual gifts is his motivation for ensuring that spiritual wellness eludes no one he’s been called to invest in.

Malcolm is happily married to the bride of his youth, Stacey.  They are the proud parents of one son, Jaren, and two daughters, Madison & Sydney.  Together, Malcolm and Stacey oversee Joined at the Hip Ministries, which is a Christian parachurch ministry that seeks to edify, encourage and enlighten the people of God by teaching the practical application of biblical principles.