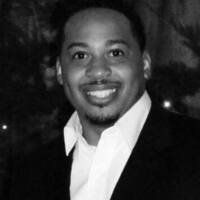 Rev. Bertholomew “Prophet” Bailey Sr., serves as the newly appointed Director of Baptist Collegiate Ministry at Langston University. He preached his first sermon at the age of eighteen. Over the last ten years he has had the opportunity to serve as Youth Pastor and Pastor. Over the last seven years he has worked in higher education, as well as instructing churches of the importance of implementing Young Adults in the Church.

Prophet is a native of Tulsa, Oklahoma. The seventh of eleven children by the late Reverend Dr. Bertrand & Juandalyn Bailey. He attended Oklahoma Baptist University, on a track scholarship becoming a six-time All American and two-time NAIA Track and Field Champion. Upon completing his degree in Biblical Studies and Pastoral Ministries. He went on to complete his Master’s Degree from Southwestern Baptist Theological Seminary.

This year will mark ten years of marriage to his high school sweetheart Nikol. They have three beautiful children Karrie, Bertholomew Jr (PJ), and Kelley.

A native of Tulsa, OK, BerThaddaeus is the 11th child of Reverend Dr. Bertrand Maurice and Juandalyn Joan Bailey, Sr.

BerThaddaeus is a graduate of the University of Oklahoma where he was the first student to simultaneously obtain a bachelor’s degree in Political Science and a Master’s degree in Public and Business Administration.

He currently serves as the State of Oklahoma's Policy & Research Analyst where he researches federal and state statutes and advises state agencies and divisions on policy formation and implementation.

On campus, he served as the Executive Director for the Department of Diversity, Mr. Black University of Oklahoma, President of the National Society of Collegiate Scholars, Political Action Delegate for Black Student Association, and chair for the Black Heritage Dinner and Welcome Back Mixer. During his academic tenure, he was featured on CNN, MSNBC and Good Morning America discussing the racial tensions that followed a tumultuous event on campus.

Though a product of a low-income household of 11 children, BerThaddaeus  achieved two degrees, loan and debt free, receiving over $150,000 private scholarships. Upon graduation, he founded a nonprofit organization (Speaks 4 You, Inc.) to assist other students in achieving similar collegiate success.

BerThaddaeus  is also the founder of the Dr. Jerome B. Wade Scholarship, named in memory of his long time child hood mentor.

While interning with the Congressional Black Caucus Foundation in Washington, DC, he was invited by Congresswoman Sheila Jackson Lee to attend the Congressional Picnic on the White House lawn, where President Obama addressed all of the sitting Congress Members. BerThaddaeus has met some of the most prominent change agents of the 21st century including, Vice President Joe Biden, Vermont Senator and former Democratic Presidential Candidate Bernie Sanders, Martin Luther King III, Jesse Jackson and many more. He is a nationally recognized orator who moves and motivates the masses towards social action. BerThaddaeus has received numerous awards, trophies,  scholarships, medals and recognitions for his Academics, his gift of leadership and of speech. He has been a feature speaker for organizations such as Walmart's Corporate Office, Mid-America University, Governor's and Mayor's Offices and others.

BerThaddaeus has been greatly influenced by Dr. Martin Luther King, Jr.’s Life and Legacy. He has traveled the length of this nation reciting some of Dr. King's most noted speeches and sermons.

In his spare time, he enjoys reading, writing, listening to music and socializing with friends.

BerThaddaeus, who is named after his father (Bertrand) and Bible personality (Thaddaeus) is an extremely personable, gifted, intelligent and Christian young man.

In March of 2018, BerThaddaeus married the love of his life and high-school sweet heart, JaQuitta Danielle Bailey. JaQuitta works in meteorology at Weathernews where she routes ship captains around severe weather.

When asked about his lifelong aspirations and goals, humbly he responds, "If I can help somebody as I pass along, if I can cheer somebody with a word or song, then my living will not be in vain."