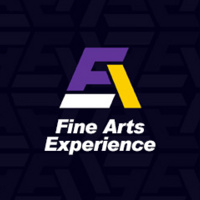 Join us for an evening of excitement, passion, and adventure as the Opera/Musical Theatre Ensemble presents a performance of operatic scenes from Kurt Weill’s Street Scene Gilbert and Sullivan’s Pirates of Penzance.

Street Scene is an American opera set in 1940s New York. The plot centers around the life and love of the various residents of a single tenement building, many of whom are immigrants moving to America in search of greater opportunity. The music is a unique synthesis of European opera and American musical theatre styles with spoken dialogue. This show is filled with unrequited love and familial struggle, but it also has many lighthearted and charming moments as well.

Pirates of Penzance is an operatic parody that mocks over-dramatic, sentimental Victorian operas with its over-the-top beautiful melodies and larger-than-life characters. The story opens with a band of pirates congratulating their apprentice, Frederic, for completing his indentured duties. On his final day, he decides to leave the pirate band and seek a more noble existence. Soon, he happens upon some lovely maidens, who turn out to have a very influential father.

This event content is powered by Localist Event Calendar Software.